by boabject78
I know the 3do is bit older than the Saturn and Ps1 but did the newer consoles support Pro Logic surround sound for their titles?

I never actually owned either of the consoles so I've never had a chance to hear them thru an amp and I doubt my friend's old TV speakers were doing the machines any justice.

It still surprises me that its taken so long for people to take an genuine interest in the advantages of having surround sound as part of their AV setup.

To this day the Space Hulk soundtrack still impresses my friends.
by Acrof
You have surround sound even on the SNES and Genesis, that goes to Sega CD, Saturn, PS1 and N64 too.
However, not all titles have multi channel sound, and not all titles use Prologic.
Most games on Sega use "Q Sound", some games on the SNES don't have anything on their labels/start screen that show that they are compatible with this technology, like Tales of Phantasia, but it does work with my amp if set the sound mode to "surround".

You can test the games you want on an emulator, they do send surround signal to your amp.

About quality, well..
I'm very picky when it comes to sound quality and I must say that prologic hurt my ears, sure it's great for old systems, but surround sound that really sounded good begun with the original Xbox (needed a special cable for SPDIF out) the first game console that could output Dolby Digital with 5.1 channels during gameplay.
Although the PS2 had a built-in SPDIF port, it could only output 5.1 channel sound through it in movies and cutscenes.
by boabject78
Yeah I remember the Snes having one but I didn't know the Genesis had the chops to output Pro Logic. Q Sound is good as SSF2 still sounds peachy.

I was just interested to hear if the Ps1 or Saturn did use Pro Logic as standard in its games like the 3do, being they were much newer machines.

An amp will output surround sound even if the source isnt.
by Acrof
I used to belive the same, but some games on the SNES and most on the Genesis simply don't output sound in the rear channel. It's completely MUTE.
Try to play Sonic 3 with a Prologic enabled amp, and you'll see the magic happen.

When I first heard about that, I didn't belive it, until I tested it myself.
Sure, the sound quality on the Genesis is poor by nature, but Sonic 3 clearly had surround sound when I tested it.

I don't know about surround sound, but there are a couple of games on the Saturn with Prologic (only CROC comes to mind now), and there is a lot more on the PS1.
by boabject78
Personally I always use the Pro Logic setting when using the amp even though the 3do outputs Dolby Surround. Pity the 3do wasn't fitted with a digital out but i suppose that would be because of the consoles age.

The Xbox was magic for a guy like me the 5.1 significantly made the gaming experience that more engrossing, the Ps2 was just a tease.
by BryWI
Just adding a little to the discussion here... Vortex on snes was in dolby surround. http://www.youtube.com/watch?v=RcECSb3kXTg&t=0m13s

I don't know why I remember that. I know I owned the game, and didn't play it as much as others, but that stuck out in my head.
by Acrof
If you google "[insert game system name here] prologic" you'll find list of games that have the Dolby logo, however, many games will work in surround but use a different encoding system.

Basically any Prologic game has the DOLBY logo on the box art: 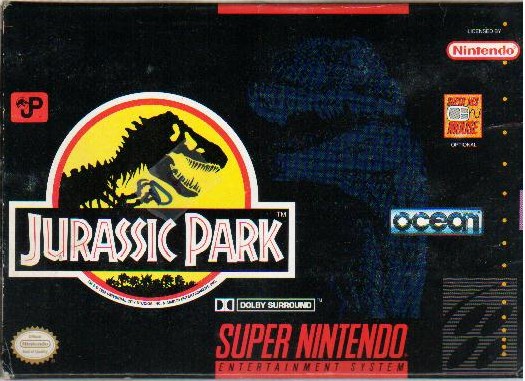 However, games like Tales of Phantasia and Star Ocean:

Doesn't have any logo, or information anywhere about surround sound.


But take a look at the sound mode to see what you'll find:

It's worth trying every single game you like on a Dolby enabled setup, cuz you never know if that game has surround sound hidden somewhere.

by boabject78
Nice scans my friend the sound options at the bottom are pretty impressive.

Pity the game is a Jap release thou I'm sure I would have given it a serious look back in the day. My Snes was up in the loft gathering dust by the time these games were released thou.

The Snes sound capabilities were a big advantage over the Mega Drive but thats not to say Sega's machine didn't have some fabulous sounding games, of course the Mega CD more than evened the odds.

Still waiting to hear from the Ps1 and Sega owners on their surround experiences back in the day...
by Anonymous
You can find fan-translated reproduction cartridges of at least Star Ocean now though. I think Tales of Phantasia as well. Some even make the effort to supply a box and english manual.

As for the sound stuff, ive normally used the TV speakers, so i cant really contribute.
by Acrof 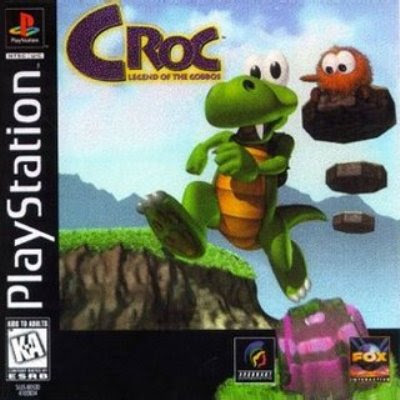 Try to take a look at the sound option menu.

And, yes, it does sound amazing.

Croc 2 for PS1 and also the PC version have a Dolby Surround option too.
by boabject78
Sweet. I'll see if I can get my hands on the translated copies and get a look at them on my Dingoo. I dont mind Jap games, Policenauts was a joy to play thru its just I dont have a Jap Snes or an adapter.

I think its time to borrow my mates Ps1 and Saturn for some sound testing.

I cant comment on what the PCs in the mid 90s were doing as my friends and i were still using our modded Amigas and STFMs.
I'd love to see a homebrew Octamed type music program appear on the beloved 3do.

Cheers for the info guys.
by Acrof
Yep there are many translated copies of those games, my screenshot of tales of phantasia was taken with a portuguese translation.

Dunno if Dingoo will play them fine, I have sound issues even on my PC emulators, although they're perfectly playable.
Tales of Phantasia and Star Ocean both have voice on their intros, it's pretty amazing to see, considering they're snes games.

by Jones
As far as I know, any console can give out pro-logic, as long as the
console is able to handle sampled sound files.
In that case, the sound is already pro-logic (pre-) encoded on the
disc / cartridge.
On-the-fly pro logic encoding requires dedicated sound chips.
by swaaye
Pro Logic encoding isn't very complex. The mono rear channel is based on phase shifting trickery of the stereo signal. Center channel is just an equal volume on both L/R. I think the synth chips in the stereo consoles could definitely alter the sound to 'wake up' that rear channel.