(a bit of back ground for you all just so you know where I'm coming from) In late 95 I picked up my first 3DO, I bought it new from VGLQ. I stated in another post that I had other games as well. Actually to be more specific what happened was the order took longer than I expected and my sister bought some games at her local EB for me (all 3 of the game packs, the action, maniac and gunslinger). I had that system until college, then had to sell it, then sometime later I was able to buy another one, ...then I had to sell it when I moved....Moving on to the present I now own another one. and i'm slowly rebuilding what i had (or trying to)

So what does all this have to do w/ the thread? Well it goes like this. I thought about doing a "favorite 3DO game" thread, but really thats probably been asked 100 times before. So what I thought I would do, is ask what are the most memorable games to you all? As I have stated I have owned 3DO's for a while, then there was a time that I wasn't able to play one, but I still remembered & thought of bits & pieces of games. To me, when you can take something, (anything not just a game) and be exposed to it, then years & years later be able to remember parts about it, its pretty significant. So i'm curious, for those of you (if any) that owned the system & came back, and to those who own a 3DO through out & not play it much. Whats your most memorable games? I mean which ones just really have stuck to you and to this day you can recall specific parts of them?


For me, its a few, mainly due to all that happened during the stretch of that I owned one, I not only remember the games, or bits of the game but also what was going on in my life at that time.

So First off it would be Quarantine the intro blew me away, and while the game looked a bit dated to me, the game play was soo extreme in both the characters and the text. To this day I can remember some of the songs and big chunks of the game (the guns you were able to use, 99% of the intro video ect)

From there it would be Way of the Warrior (for the originality of using digitized characters like they did) and for the fact of having a full unedited White Zombie album on it) and then Shang HI Triple Threat I played that game for countless hours, and the music along with the background images and the tile images are still with me.


So I ask what are your favorite games....If you want list as many as you want to. Me personally, I find this just as interesting if not more than playing the games now.
Wulfren

Road Rash - i played this game for months, and after that i havent loaded it my 3do since, but i remember the music most of all and getting into a zone when the music was cranking. i still hear the sounds of the bikes and a few of the silly FMV shots, i can see them in my head but i cant remember what they say

Panasonic Real Sampler CD - i spent hours messing around with this CD, especially the psychadellic stuff (i wish i could find the VCR tape i recorded that stuff on, stupid me for not labeling crap back then)
even the photos the one with the girl in the bathing suit and zooming in on her nipples

Plumbers Don't Wear Ties - ahhh those damn censored symbols still haunt me, i even called up some company involved with the game to ask why even bother with a code to remove them if they dont actually remove them

PO'd - the sound and the the look of the frying pan when hitting something, i never really got far into it because i was having to much fun hitting things with the pan

The Life Stage: Virtual House - just plain frustration trying to do anything fast, this game doesnt allow that at all, and the loading screen, if i ever put that thing in a 3do again i might lose my mind

Twisted - a game i fell in love with as soon as i moved the controller to the right over all the characters and they said something really odd, the scene of the bomb going off with the trees and house being blown apart, the pig squeeling, and the fact you could mess with other peoples characters with your controller

i havent really played my 3do since late 1999 except for spots here and there when i bought a new game off ebay after 2002, but its always been hooked up to my TV since i bought my first one in early 1997
Dragon Lore was still saved in my memory from 1998 or so i finally set out to beat it this year and i did (i also have the ending of the game on youtube)

i played that system from 6 months after launch day untill 1997, when i got my first Sega CD and 3DO 1 month apart
then i went into collecting mode
Ex-3DO collector extraordinaire , but i still have my collection
Villagephotos is dead, need to find my old pics and find another host
Top

Novastorm. The rolling landscapes and the music. I actually play it to death as well and I've owned 3 copies. Each copy I have struggled (relatively) like hell to get. The first copy I got second-hand while at Uni and I walked (no car see) 5 miles there and 5 miles back to the only place in the West Midlands of England that stocked 3DO games imported from the U.S.

Need for Speed for me too. Another 'multiplayer' game. I would leave for class and my best-mate-in-the-whole-world would set a time on a track, and then I would come home, he would leave and I would shave half-a-second off of the time and then vice-verse. Easily my most anticipated game too for the 3DO.

The in-built music player got a fair hammering.

Doctor Hauzer. I only got a copy last year but I've wanted to play it since Michael Biffa put it on his website back in '95 and Edge Magazine here in the UK previewed it.
Forum: http://cdinteractive.co.uk/3do/forum/
Tumblr: http://3dokid.tumblr.com/
Top


I bought Need For Speed 2'nd hand off a good friend of mine ( and one of only 2 people i knew in high school w/ a 3DO) ..some of the things I remember most about it, is getting lost in the gearing (wait..what gear was I in??) of the Porsche ...and finally breaking 200mph my very first time w/ the Lamborginihi

I never played that much with the CD visualizations, tho I do remember small bits about it (i'll have to make an audio cd & try it again) ...tho I can say that on Plumbers (least the copy I had) the code to take off the censored panels does work..(no i've never actually beaten it)

the same guy I got NFS off of, he also sold me Road Rash...I can honestly say I tried for a solid month ...I was told about the "cheat" to steal a pistol ( another person said shotgun) from the motorcycle police...needless to say I never got it

I honestly feel like I've missed something not having the Real Sampler CD I had a couple of the demo disk's (i think they were called sample this) ..but doesn't seem like its the same thing from what your describing Lemmi


aside from all this, IMO this is a GREAT thread keep it going! (heh i could stand to learn a few more things)
Wulfren

Star Control II: I really love this game. The best 2d rpg after Diablo II in my opinion.

D: I have played a lot of survival horror games, but D has something that makes it feel unique.

The horde: fun, fun, fun. I wonder why they never made a sequel.
Top 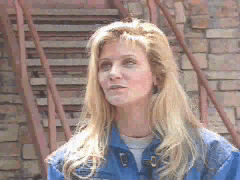 ...and to see her other work - try googling her name.