by 3DOKid
Just saw the new Fright Night so...
by 3DOKid 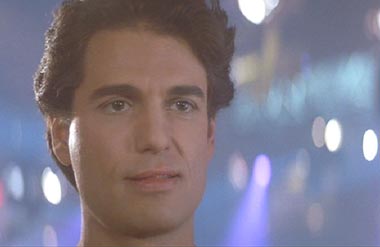 I asked for my hair back, he said 'no', i said 'fine'...
by Austin
I can safely say that I have not seen either. I hear the original was brilliant for the time, though.
by Lemmi
heh i will let you know after i watch the remake

loved the first one tho, saw it about 2 months ago on cable, great cast
by 3DO Experience
I loved both versions. Chris Sarandon was a seducer and Colin Farrell was just a vicious go getter!

Personally I think Peter Tennant is more hansom than both of them.
by 3DOKid
I guess the nostalgia of the first wins for me.

by ArfredHitchcacku
What about Fright Night 2? I heard the DVD and even the VHS are out of print and rare so fingers crossed the remake will inspire a re-release. As far as I know, Fright Night 2 is quite good and does anything but fall for the tradition of sequels (particularly in the 80's) not living up to the originals (Ghostbusters 2, Wayne's World 2, etc...)
by 3DO Experience
I thought Fright Night 2 was much better than most sequels of the time. It helped that it didn't try to copy what was done in the first film. They did that in Wayne's World 2 so much that you'd swear it was the same movie, except it wasn't funny because you already heard the jokes.
by BryWI
Let's do the Scooby Doo ending!